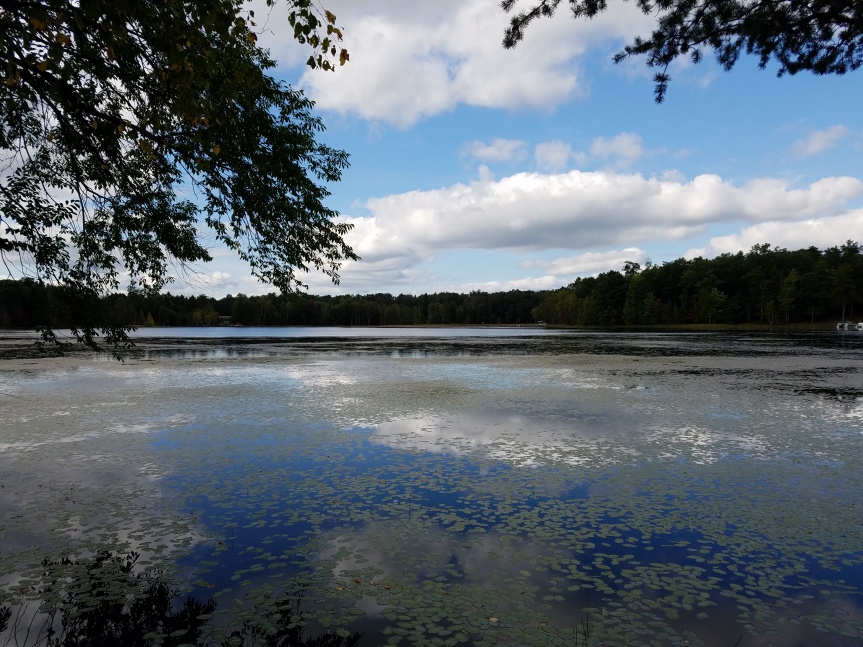 Under summer skies we played
fair and blue on Warrington Lake
we jumped in waters stained with clouds
swam through lily pads out to the raft
leaped into the cold and deep
muck sucking at our feet
while fish nibbled at our white skin
giggling and screaming all the while
of course, someone would always cry
later on forgetting why
for memories are always kind that way
when the family meets for summer play.

Hiking ’round the lake for fun
picking winterberries and wildflowers
while watching for bears
changing clothes with biting horseflies
lake perch that grandpa caught
with bread and fresh blueberries
this and more I do remember
wonderful times I’ll treasure forever
for memories are always kind that way
when the family meets for summer play.

Thank you, everyone, for the summer skies and fun back then! Love always, Bekkie

Written for my family (you know who you are) in memory of my cousin Jay Banasyznski who passed away recently. I was happy to see him 2 years ago at the wedding after not seeing him for 40 plus years. When I think of him now I picture him as an always smiling big kid, like when I last saw him most. 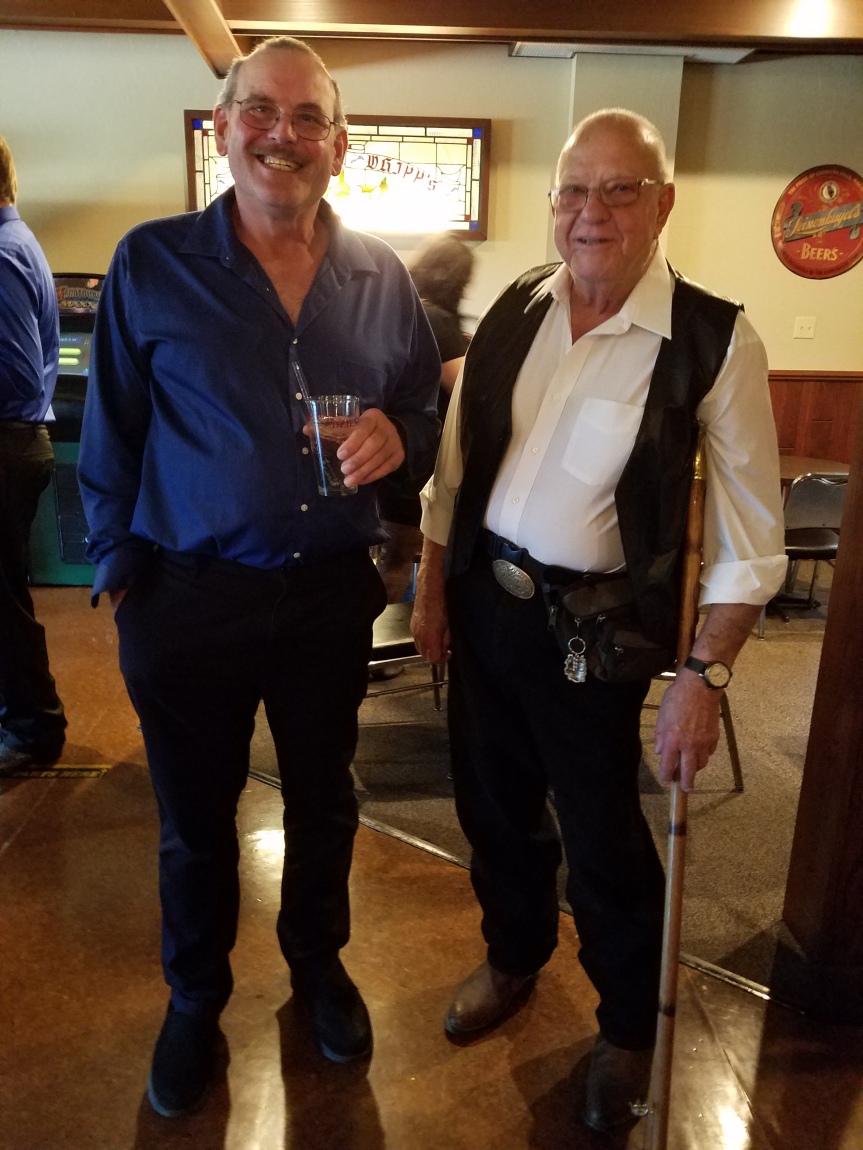 Jay really hasn’t changed much here. Jay (left) and Uncle Gene (right) at the wedding. I took the picture of Warrington Lake on this visit to Uncle Gene’s place. Love you.

Written for the prompt summer with my friends at Poets United.

So Fair A Day

A saccharine breeze
tickling me
a sweet treat day
so happy and free.

Cotton candy clouds
and corn dog trees
so fair a day
made just to please!

The art is a series of pictures taken by James Graham and animated by me.

Taking a moment out of a beautiful day with the Imaginary Garden With Real Toads.

An ice crystal begins
high in the clouds
a freezing water droplet
attaching to a dust particle
as it falls back to earth
water vapor freezes
building the six arms of the snowflake
no two are alike
as they plummet
towards my open mouth
where the new snowflake
the color of water
melts on my tongue
tasting of ozone and triumph.

Source of photo: Alexey Kljatov, animation by me.

This is a “found poem” where I took a part of something I found and used it in a new poem. Yesterday was the first day of spring but some aren’t feeling it yet as the snow sticks around. Written for the prompt color with my friends at Poets United. 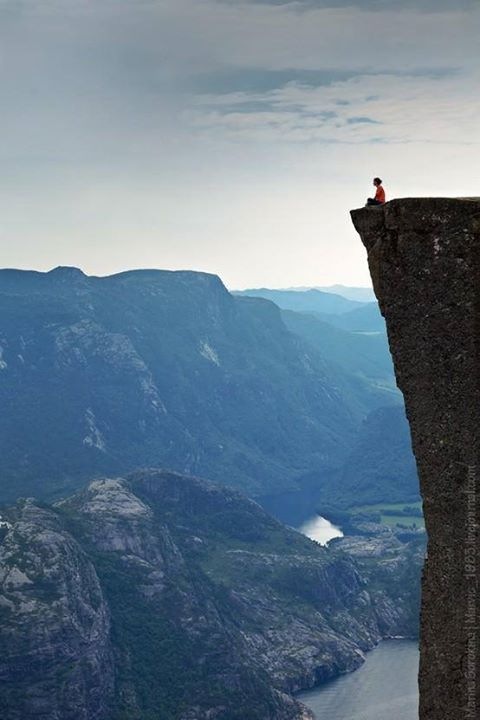 High in the sky
I sit and spy
I see a unicorn
floating by
as a rabbit
comes to play
they spin
and swirl
and move away.

High in the sky
I sit and spy
only eagles
soaring by
acrobatics
muscular wings
they dip
and dive
and my heart sings.

High in the sky
I sit and spy
expectations
running high
coming here
seeking peace
I feel the planet
loving me
a sweet release.

Written for the prompt “Rising Above” and linked with Poets United. With everything going crazy in this world today it’s good to find somewhere to reconnect with nature, to renew ourselves.

Photo found on a Google search: Preikestolen or Prekestolen is a famous tourist attraction in the municipality of Forsand in Rogaland county, Norway. Preikestolen is a steep cliff which rises 604 metres above the Lysefjorden.

An artist surveys the picturesque scene below
picking up his brush he hesitates;

The night sky above was glorious
he’d never seen so many colors of blue
dotted with light billowy clouds
covered by a never-ending Milky Way.

A sleepy town lay in the valley
nestled between mountain peaks
joined by meadows of yellow flowers
a small sliver of moon watching over all.

The bell in the church steeple rang out
when all was quiet, an owl asked; “Who? Who?”
The artist didn’t know
his canvas as blank as his mind.

This poem was written for a Magpie photo prompt in 2014. Shared here for the first time from Picturesque Words and linked with my friends at Poets United.

It’s lunch hour in San Francisco on a foggy day. The sun tries to shed some light on the subject burning through the layers of car exhaust and jet streams from the nearby airport. The rush hour is in full force as drivers slowly move in lines like ants on the various freeways trying to free themselves of their cars. The local news station warns residents that it’s a Spare The Air Day.

Seated on a park bench near the bay munching on a sandwich the view is amazing. The yellow, orange and crimson streaks of color in the sky are beautiful. The sun is weaving in and out of the cloud layer making the afternoon light look magical. Without some pollution, the colors would never be quite like that. I am reminded of how a little smog can still be admired and enjoyed.

Photography by +Woojin Yu follow his work on Google+.

A haibun written with my friends at dVerse~Poets Pub. In California, a Spare The Air Day is when the air is still and polluted to the point that making fires in fireplaces, burning garbage and other things that could add to the problem are prohibited until further notice. This is because we have very strict pollution laws. Although this picture looks like total pollution it’s mostly fog which we have a lot here. Despite my words, California has some of the best air in the US because most of our pollution goes down to the central valley.

She could never keep her feet on the ground
she preferred her head above the clouds
daydreams taking her far away
leaving the cruel world behind
to others, just an empty shell
but on the inside…

She could never understand her fate
born free only to become enslaved
told when and how to feel
how to act and what to do and say
a second class citizen with a womb
expected to be a selfless caretaker of others
as if one job that pays less than a man isn’t enough.

She could never find peace in vacations
everywhere she went was the same
people controlling and questioning
lines of strangers greedy and pushing
draining her money and energy
not that any amount could unshackle her.

She could never breakout of her prison
returning to a home that wasn’t hers
“things” that belonged more than she did
a life she couldn’t bear for another instant
the heavy weight of it took her breath away
her heart crushed like so much stardust.

She could never commit suicide
despite her unhappiness with it all
so enthralled by the heavens that night
she made a decision to travel once more
plucking the evening star to wear in her hair
she decorated her robe with the milky way
wearing the rings of Saturn as her crown
a sliver of moon topped her scepter
finally, all the universe was hers alone.

Daydreams taking her far away
never, never to return.

An old poem reworked with my animation from Magpie Tales and shared with Imaginary Garden Of Real Toads. This is about women and some of the thoughts we may share about being born a woman in a man’s world. Some of us may dream of vanishing but we all know that there’s more to life. Going crazy (or suicide) is not the answer but I feel for the women who can’t deal and hope they find the help they need. 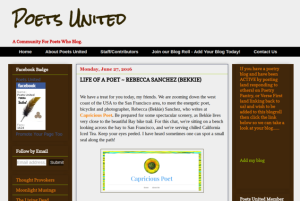 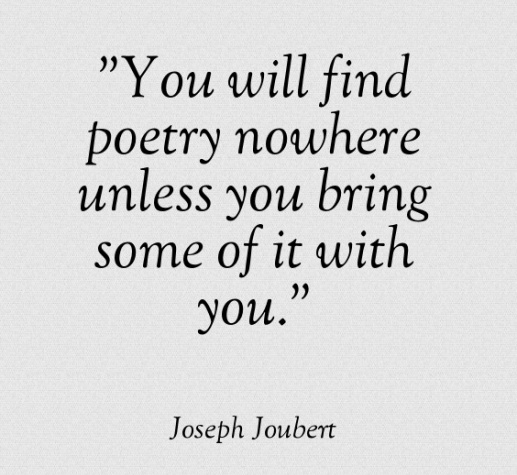